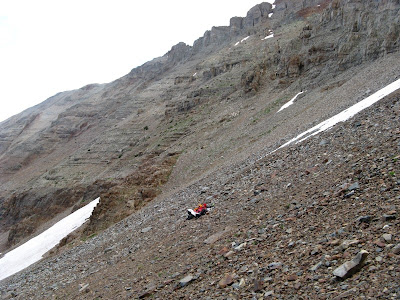 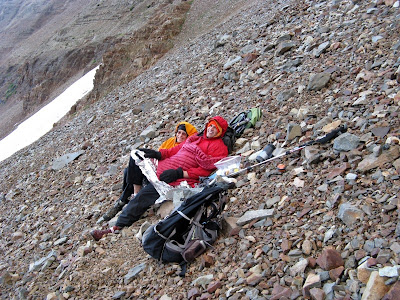 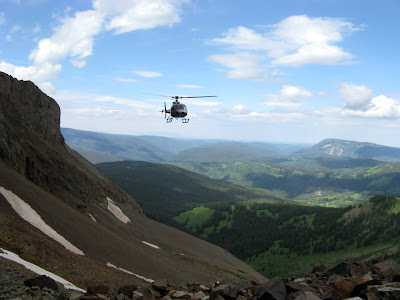 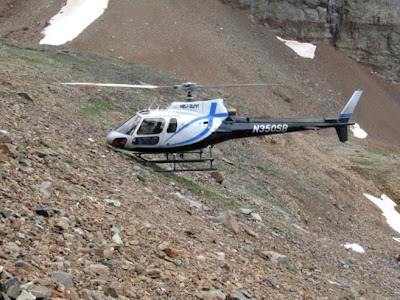 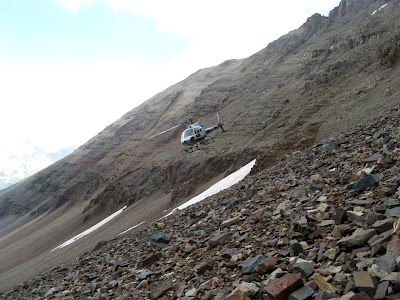 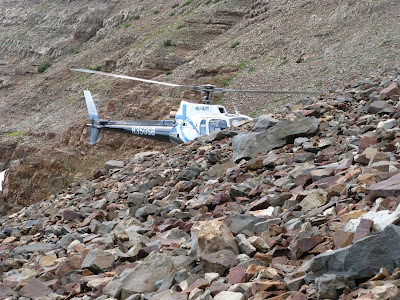 Joe Yearm, 28, of Mesa, Ariz., was climbing by himself down the 14,159-foot peak at dusk Saturday night when he fell off a 20-foot cliff into a snowfield and suffered an open leg fracture — a broken bone and laceration.

He lay in the snowfield all night and Sunday morning crawled down to a scree field where he was discovered by two climbers who performed first aid and bandaged Yearm’s leg.

One of the climbers, Kenneth Nolan, of Buena Vista, activated his personal locator beacon, a small device backcountry users can employ in an emergency to send a signal with the beacon’s GPS location. The location pinpointed them about half a mile southwest of El Diente’s summit, perched at 12,200 feet.

At about 7:40 a.m. Sunday, San Miguel dispatch received a call from the International Emergency Response Coordination Center after it received Nolan’s beacon signal, and Dolores and San Miguel county officials organized a search and rescue mission.

Eric Berg, operations commander for the San Miguel County Sheriff’s Office, said overall it was a smooth rescue mission. They contacted Great Western Construction Company, a contractor for the power line project on Wilson Mesa, which released pilot P.J. Hunt, of Talkeetna, Alaska, from his contract to fly Berg to the injured climber.

Berg and Hunt took off at roughly 9 a.m. on Sunday and followed the coordinates provided by Nolan’s beacon. Storm clouds were looming above El Diente and the pilot couldn’t see the tops of the peaks surrounding him.

“El Diente is a formidable peak, even with the coordinates of where that beacon was going off, we didn’t immediately see them,” Berg said.

Hunt eventually spotted the three climbers and made a “toe-in” landing — a hazardous maneuver in which the helicopter skid barely touches the ground and the rotors are very close to the mountainside. Berg was able to exit and traverse the scree slope to the party.

“We had a highly skilled pilot and altitude helicopter,” Berg said. “It can be pretty treacherous.”

Berg used the rescuing couple’s hiking poles and duct tape to splint Yearm’s leg. They then dug a short ledge in the rocks so the helicopter could get more stable for another landing to evacuate Yearm.

At 10:12 a.m. Berg radioed that they were en route to the Telluride Regional Airport. Yearm was then transferred to an ambulance, which took him to St. Mary’s Hospital in Grand Junction.

“It was a good, smooth mission,” Berg said.

This is the first rescue mission San Miguel County has operated on El Diente this summer. Last year, El Diente took two lives and injured others. The peak, which means “the tooth” in Spanish, is notorious for its difficulty and rockfall.

Berg said there are a few key ingredients to help rescue missions go smoothly. First and foremost, have a Colorado Outdoors Search and Rescue hiking card. CORSAR cards cost just $3 for one year and $12 for five years and can be purchased from the sheriff’s office or outdoor shops around town.

A CORSAR card helps cover the costs of rescue missions on behalf of the rescuing agency. “The card allows us to bill a state fund to pay the rescue,” Berg said. “Now Dolores County is faced with a formidable helicopter bill.”

Berg was unsure if Dolores County would bill the injured climber or absorb the costs.

“To be a responsible user of the backcountry, you should have one,” he said.

Berg also recommended hiking with another person. But solo hikers should tell a friend or family member exactly where they’re hiking and when they should be back.

Berg also recommended an emergency communication device other than a cell phone because service is so spotty in the mountains. “That personal locator beacon was the only technology that was working there,” he said.

This is the first time the Sheriff’s office has received a beacon signal, and Berg admits he was initially skeptical of the technology.

“We simply would not have known there was a problem. This guy wasn’t going to get down on his own,” Berg said.
Pawed & Scratched by Hundewanderer @ 8:30 PM