I've had really good luck with the Panasonic Lumix cameras, so I upgraded mine and it arrived today.

I took Jager out last night to meet the Schutzhund trainers. She could definitely do the work. I have to talk to everyone involved and see what we want to do next. As PJ predicted, she was locked on to watching the other dogs do bite work. Jager wants to bite the bad guy.

I bought a couple new dog toys. Both girls have the same issue: their favorite toy is the one the other dog has. 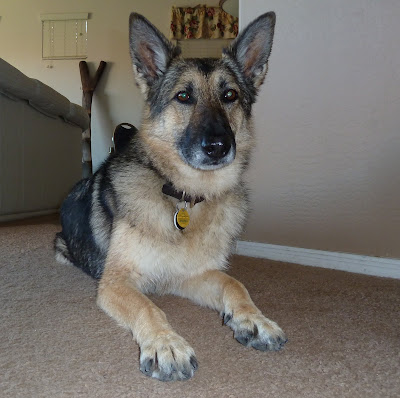 First photo with the new camera. 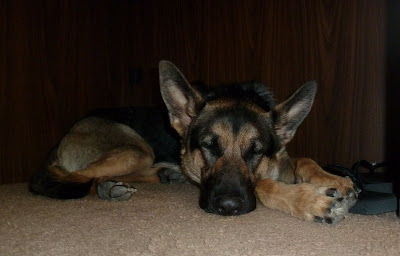 Second photo with the new camera. The monster that lives under my desk. 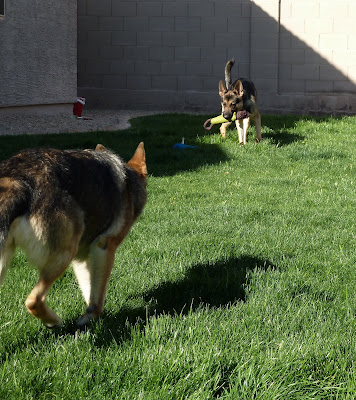 Playing with their new toys. 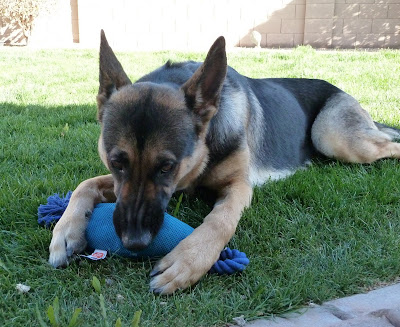 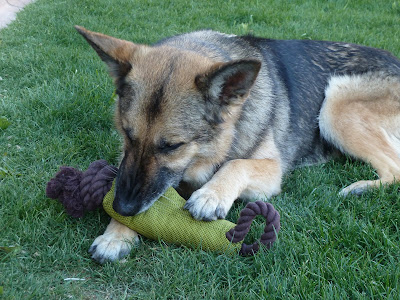 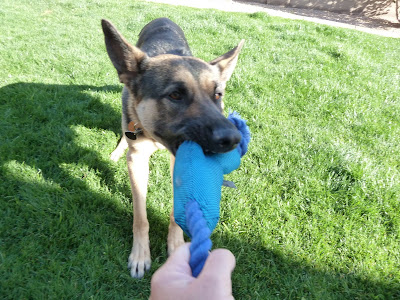 Tug o' war with Jager, there is no competition, she's strong. 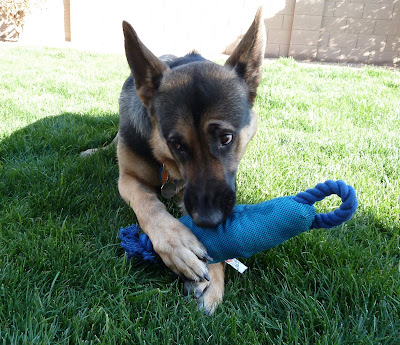 Jager nomming on her new toy. 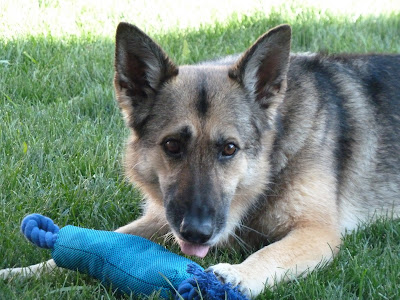 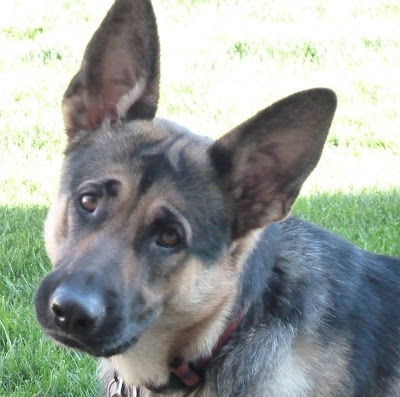 This picture is fuzzy but the look on Jager's face is too good not to share. 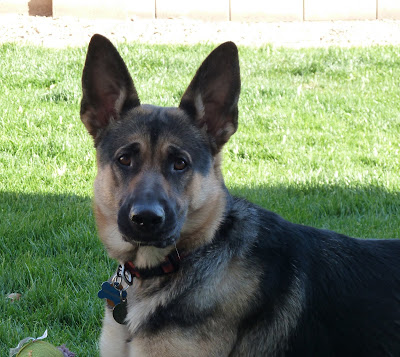 Jager is a pretty girl. Three little birds having a conference as to why Jager emptied their water bowl and carried it off.
Pawed & Scratched by Hundewanderer @ 5:45 PM