I hiked Sunrise Mountain today. Along the way I stopped to locate a microcache, I don't usually seek out microcaches but this one had a unique hiding place. I also placed a new cache, it's called the Million Dollars Cache, the FTF (first to find) prize is one million dollars! I hope the first finder has a sense of humor, it's a long hike. 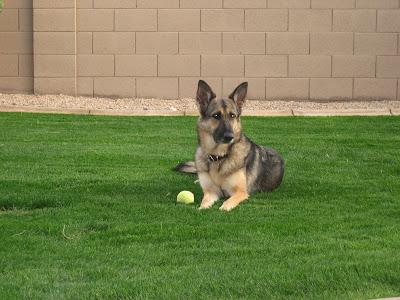 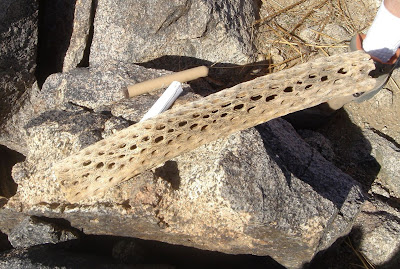 A microcache (inside the cigar tube) 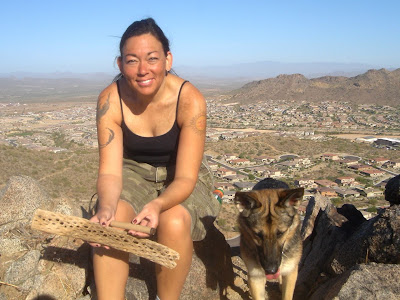 Cierra and I sitting near the cache site 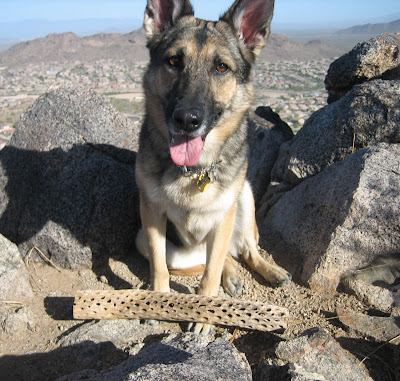 Cierra asking "What do you mean, DON'T fetch this?!" 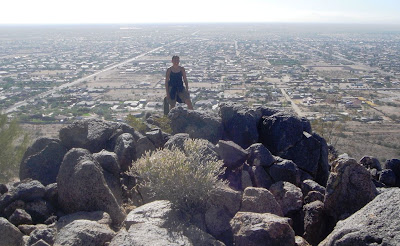 Me, near the Million Dollars cache site, just below where I am standing 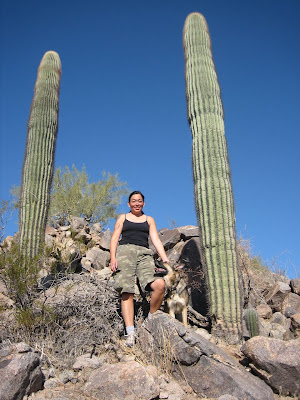 Can you see the cache? No? Good. It's there. 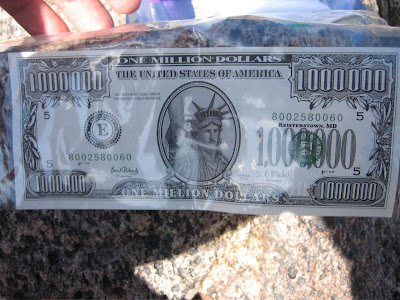 One million dollars for the first finder of the Million Dollars Cache
Pawed & Scratched by Hundewanderer @ 8:00 PM