Coolidge Dam and the "Stoned Eagles"

One of our motorcycle group members is from Belgium. Sometimes his English skills can be humorous. Last year he visited Coolidge Dam and referred to the stone eagles as "stoned eagles" - the name stuck. I was able to visit Coolidge Dam for the first time this weekend and see for myself.

A little history about Coolidge Dam: The Coolidge Dam is a reinforced concrete multiple dome and buttress dam 31 miles southeast of Globe, Arizona on the Gila River. Built between 1924 and 1928, the Coolidge Dam was part of the San Carlos Irrigation Project. Coolidge Dam was named after the 30th US President, Calvin Coolidge. 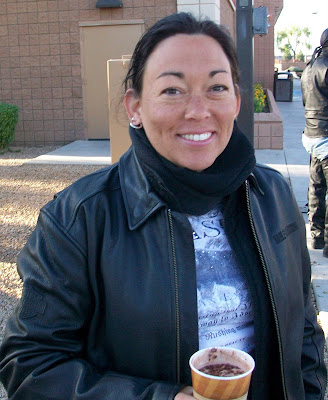 Me and some hot chocolate to warm up with 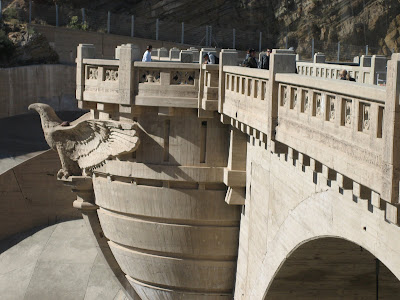 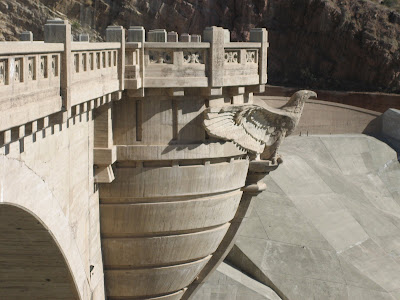 The other 'stoned eagle' 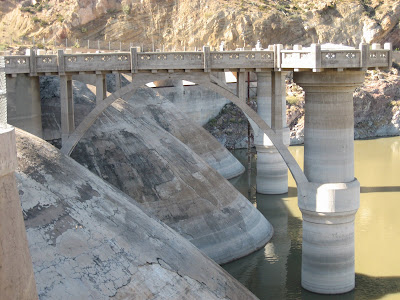 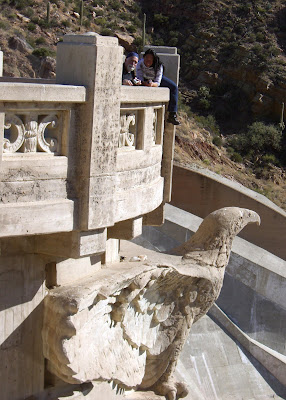 Me, perched on the dam wall with Ed pointing out something far away 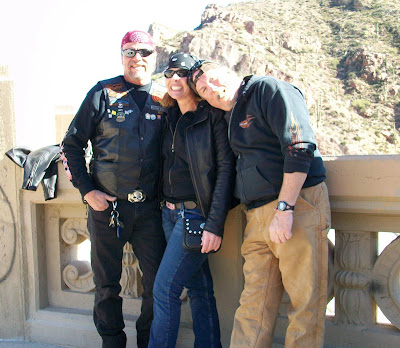 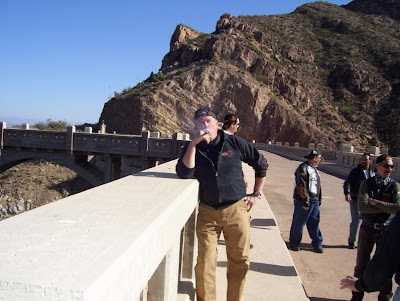 PJ enjoying his cigar at the dam
Pawed & Scratched by Hundewanderer @ 10:00 PM