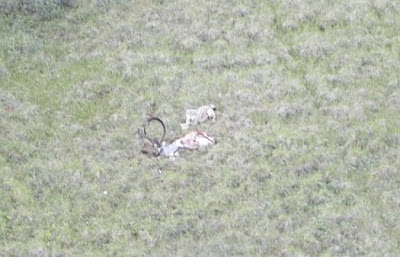 A lone wolf with his prey. Earlier in the day there were three wolves. This one looks relaxed with his paws crossed. 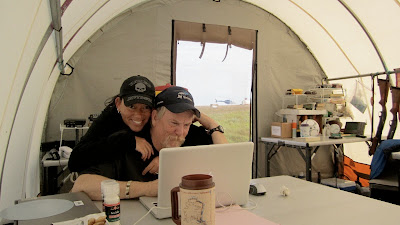 L & P in the kitchen tent. Keelan's Bristow helicopter can be seen through the door at the top of the hill.

Keelan's camera view from the top of the refrigerator: Bill, Debbie, Connie, Keelan, PJ, Laura, Al, and Frank. This is only a small portion of some of the "peeps" that have come and gone from the camp. I have met some amazing people here. 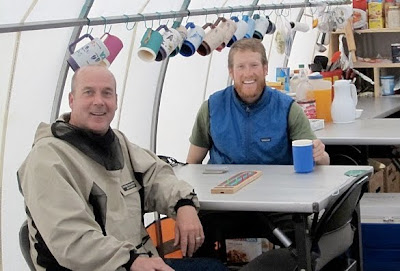 Bristow mechanic Bill and Bristow pilot Keelan. Keelan is truly a little ray of sunshine, a pleasure to work with.
Pawed & Scratched by Hundewanderer @ 12:15 PM