I went for a little ride this weekend, I call it a "city ride" since we never really left the Valley. My preference would be to ride, ride, ride away from the city, but until I learn to ride my own, I take what I can get. I am grateful for the sunny days and the wind in my hair, it makes me a better me. The weather was perfect, it was a beautiful day. There was a minor mishap during the day and as far as know, each rider is ok.

It breaks my heart to learn that a long time riding friend named John has been in an accident while traveling in Nevada and California. John is the kind of rider who put over 400,000 miles on his current BMW. John has ridden more miles than I could ever hope to ride in my lifetime. He always wore his protective gear, which I imagine helped save his life. John has a broken neck, a broken wrist and a lot bruising. John is a good man, one of the best I have met in my life. Please pray for John's recovery.

2/4/2010 - update on John. Surgery on the neck bones was a success with no neurological damage. The bones were repaired with no fusing, meaning he'll have full movement of his neck when he is healed. He has one wrist in a cast, and another wrist is swollen. His daughters are taking him home to Illinois for a couple months, then he will return to his home in Phoenix. We love you John. You watched our backs for a long time, now it's our turn to watch yours. Blessings to John's friend Burk who was in this same accident.

A few photos from my ride: 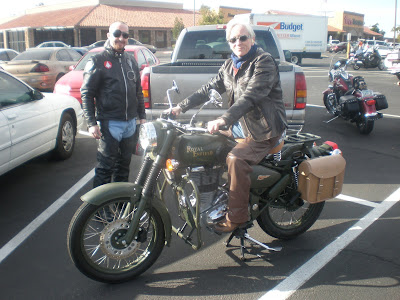 A new acquaintance, standing: Jason. I don't recall the woman's name who is sitting on his bike. The bike is a 2009 Royal Enfield. He says the bike is a conversation starter, and that I believe, it worked for me. Jason is a walking, talking miracle, he was hit head-on while riding his motorcycle by a car not too long ago. 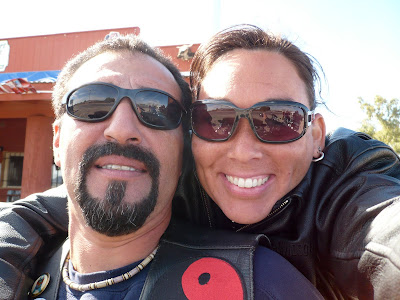 My ride for the day, Paul. 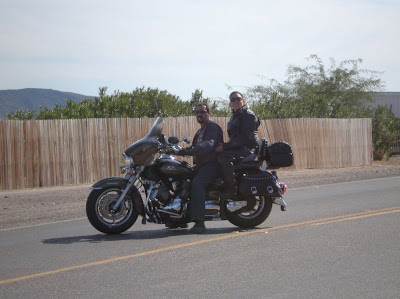 Paul and I and Paul's bike. I don't care for this seat configuration... it's a little like um... bird watching on a high perch? But Paul's bike is not lacking for get-up 'n go. I will always prefer my seat on PJ's Road King, that is the most comfy place for me to be. 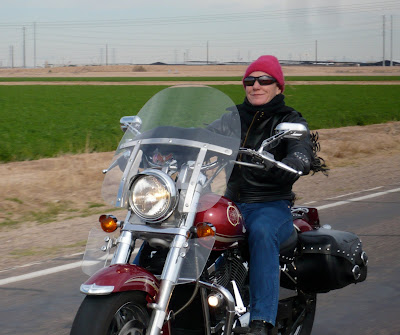 Paul's very gracious, sweet, kind, insightful wife: Dayle. Dayle was part of that minor mishap I mentioned. She's in my thoughts and prayers for physical and emotional strength. I know the bike can be repaired. She was our ride leader Saturday, everyone simply had to follow the pink hat. 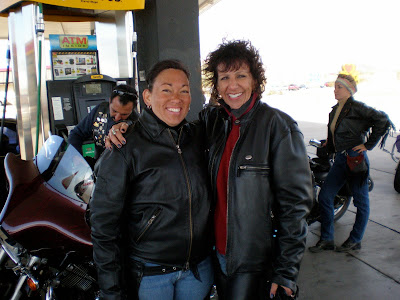 While I'm rambling about love and caring... my friend Karen. This one I love for her smarts and her audacity. 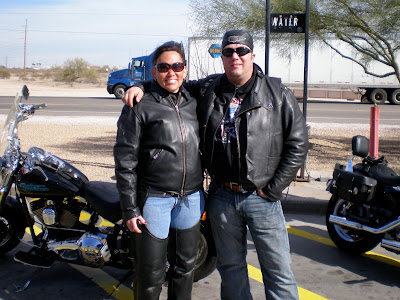 We have a friend from Alaska here for winter... this is Andy. Andy rides the Harley-Davidson Fat Boy behind me. 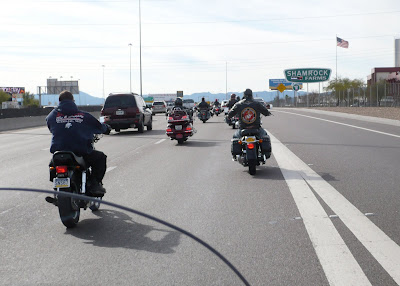 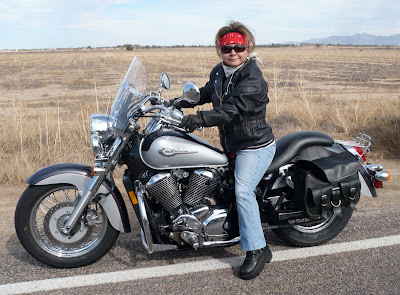 This is Mira. I think she's adorable and always has the best hair, I don't know how she does it. She's under five feet tall and has done everything in her power to make that bike fit her. 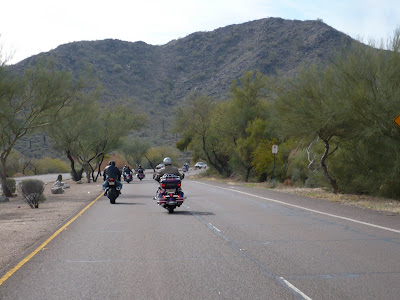 PS - this was my last ride with Dayle. I will treasure this day always.
Pawed & Scratched by Hundewanderer @ 6:30 PM